The Amsterdam Klezmer Band started out on the streets in 1996 as a Group of buskers playing traditional Yiddish party music. Almost 25 years have gone by and during this time the band has managed to stay on the radar non-stop. That’s why they actually should be granted the title “hardest working band in Klezmer”. Nowadays, the band has evolved into an internationally celebrated band with a rock-solid live reputation. The Group played at Sziget, Lowlands, North Sea Jazz, Cité de la Musique, Wiener Konzerthaus, Paradiso, Concertgebouw Amsterdam, Dranouter and many other prestigious theatres, clubs and festivals around the world. For the very first time in history, charmed by the proposal to break reciprocal patterns amongst band members and to step out of their comfort zone, the AKB invited Stefan Schmid to produce their upcoming album. The result: A raw edge, exciting layers and genuine joy in music making.

On the new album Fortuna, Stefan Schmid opens up the seasoned Amsterdam Klezmer band. Schmid: “In fact it's all about brotherhood. This band's been going for almost a quarter century". A good deal of Gotspe combined with typical Amsterdam boldness, that's the Amsterdam Klezmer Band in a nutshell. Schmid: “In the process I tried to emphasize the positive sides of joining forces”. He gave every band member an assignment to write a piece for another band member. This way they were playfully forced to honestly consider each other again. Right before the studio recordings were about to start the band had to deal with the unfortunate situation that accordion player Theo van Tol dropped out because of health complications. Ellen van Vliet, who plays with great power and strong timing, became his substitute and saved the day. The collaboration with Schmid has been a refreshing and positive impulse for the band and through this, Fortuna has become a unique AKB album with its added subtle, disorderly elements, as well as rhythmical production components. So, is it still Klezmer we're dealing with? Damn right it is! The sound of Klezmer Music has developed and changed throughout time and we see no reason to put this fact on hold. Stefan Schmid did his job well. The utmost beautiful artwork of Fortuna has been made by Martin Draax.

More than 15 albums were released and the band did successful projects with Söndörgő, Amsterdams Andalusisch orkest, Galata Gypsy band, Man Bites Dog, and Cmon & Kypski. They also provided the score for the movie “le Chat du Rabbin”, written and drawn by the famous French author Joan Sfar. The AKB re-energizes the sound of klezmer by casually throwing contemporary styles and techniques in the mix. Balkan and oriental Music are big influencers. The band keeps their traditional music fresh, urgent and highly danceable. Audiences all over the world love it as these magnificent seven of klezmer unleash a dance party wherever they take the stage.

We are currently updating our server and it may exceptionally happen that you do not receive tickets on your e-mail. In this case, please check your shopping cart after logging in. If you can't find tickets there either, write to us at: jakub@jazzdock.cz your name and the concert for which you bought the tickets. We will then send them to you immediately. Thank you for your understanding! 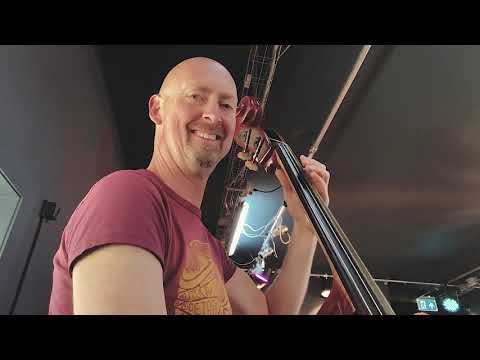 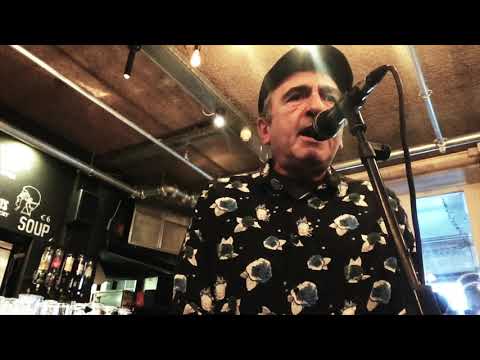 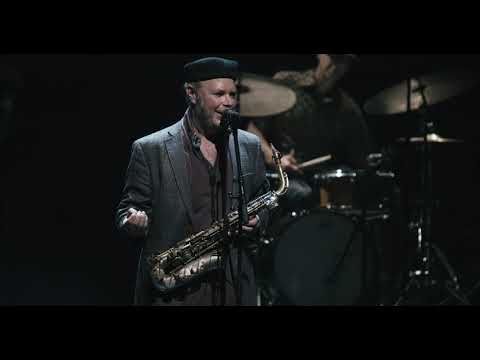 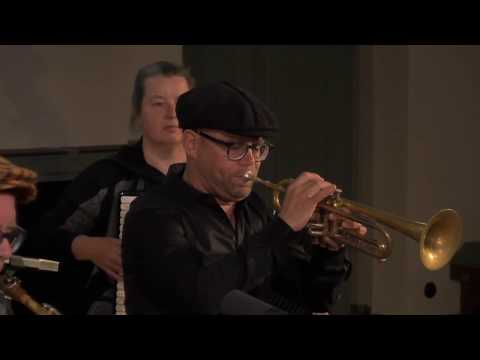