With a repertoire of mostly original compositions and a MIDI vibraphone featured as a solo instrument, MalletQ has an innovative sound that is unique on the Czech music scene.

Jazz Dock presents the innovative saxophonist and composer Luboš Soukup accompanied by top Czech musicians, pianist Vít Křišťan, bassist Rastislav Uhrík and the Danish drummer Morten Hæsum. In 2017, Soukup was nominated by Marilyn Mazur (percussionist of the Miles Davis band) for the prestigious “Talent of the Year” award from the Danish Music Society. To date the quartet has released three CD's: two of them—Through the Mirror (2013) and Země (2017)—were chosen in the Czech Radio Survey as The Best Jazz Album of the Year. The band will present both new compositions and songs from the last album.

A new creative chapter has begun for Donny McCaslin, one of the world’s most in-demand saxophonists.  Long before his crucial participation in David Bowie’s Blackstar, the sinuous, deftly swirling saxophone sounds of McCaslin had been a dynamic presence on the international jazz scene. With his own albums Beyond Now and last year’s critically acclaimed Blow., it’s easy to see the effect that working with Bowie has had on his and his band’s playing style.

He’s developed his own bold new sound: a grand experimental melee of improv, electronic music and pop that could be filed under “art rock” that has gained him a whole new fanbase outside the world of jazz. Days before his January 2016 death, David Bowie released his final album, Blackstar. While the record represented an endpoint for the legendary artist, it also marked a new beginning for jazz lifer Donny McCaslin who, armed with his saxophone, defined Blackstar's visionary stylistic fusion. Now, two and a half years after Blackstar's release, McCaslin returns with a new album, Blow., a new definitive statement that fully realizes Bowie's influence and McCaslin’s evolved artistic direction. "Before working with him, things like this didn't seem possible to me," McCaslin says of Blow., the most daring work of his two-decade, GRAMMY®-nominated career – set for October 5 release on Motéma Music. "The affirmation of that project and how wonderfully that turned out artistically — I feel like anything is possible now."

No club discounts.Thank you for understanding. There is no need to reserve a seat when purchasing a seating ticket. 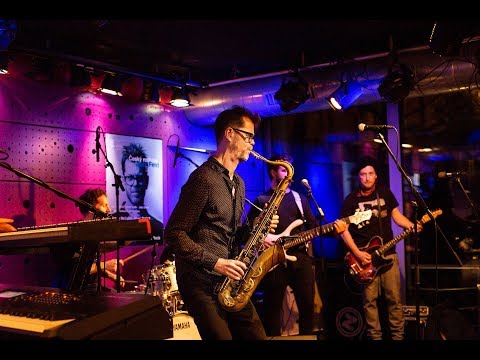