Cyrille Aimée – A rising star in the galaxy of jazz singers.

Improvisation is not just a technique for Grammy nominated artist Cyrille Aimée, it’s a way of life. The acclaimed vocalist ventured from singing on street corners in Europe to dazzling audiences at the world’s most prestigious jazz festivals; from sneaking out to sing in gypsy encampments in her native France to acting on Broadway; from braving the notoriously tough audiences at New York’s Apollo Theatre to being called a “rising star in the galaxy of jazz singers” by The New York Times. Among countless accolades, Aimée won the Montreux Jazz Festival Vocal Competition and the Sarah Vaughn International Jazz Vocal Competition. As an actress, Aimée co-starred with Bernadette Peters in a Stephen Sondheim tribute at New York’s City Center which inspired her to dig deeper into Sondheim's repertoire, resulting in her fourth and most recent album, Move On: A Sondheim Adventure. She’s shared her story via master classes, a TEDx talk, and a few addresses at the Conference on World Affairs. Earlier in 2018, Aimée ended a chapter in her remarkable journey with the release of Cyrille Aimée Live (June 22, 2018 on Mack Avenue Records). Receiving widespread critical acclaim from The New York Times and Wall Street Journal, this release served as the finale of her longstanding band while bidding a fond adieu to the material recorded and presented in the past 5 years in a live setting. Always looking for the next adventure, Aimée quickly shifted to her forthcoming 2019 release celebrating the legendary Broadway songwriter Stephen Sondheim. Released in 2008, Cyrille Aimée and the Surreal Band immediately spotlighted the singer’s winsome charm, supple voice and stylistic diversity, incorporating buoyant swing, French and Latin tinges, and graceful touches of folk and pop. In the ensuing years she would continue to hone and expand those influences, integrating elements of Brazilian music, gypsy jazz, and singer-songwriter traditions. A pair of duo albums with Brazilian guitarist Diego Figueiredo followed, along with live dates captured at Birdland and Smalls, the latter featuring trumpet great Roy Hargrove, and an ebullient date with the Chicago Jazz Orchestra. In 2014 Aimée made her major label debut with the release of It’s A Good Day on Mack Avenue Records, which also marked the debut of an innovative new band that allowed her to explore the varied strands of her influences in a thrilling new way. Her quintet featured two remarkable guitarists: the contemporary jazz sound of French-Italian Michael Valeanu and the gypsy- flavored steel strings of Adrien Moignard. The same band returned for Aimée’s follow-up, 2016’s highly acclaimed Let’s Get Lost, providing a fruitful outlet for her wide-ranging talents as they toured the world over the last several years. For Aimée herself, the future holds the promise of many more surprises ahead – for her as well as her adoring fans. After more than a decade in New York City she’s embarked on a new chapter in New Orleans, perhaps the only other city in the U.S. whose mélange of influences and accents matches her own. She’s also focusing more intently than ever before on her own songwriting, taking her music in fresh new directions. As always for Cyrille Aimée, the only thing that’s certain is that she’ll find a creative spark and a new pathway from whatever happens next.

Admission: seating CZK 500, standing CZK 300. It is no longer necessary to reserve a seat when purchasing a seat ticket. 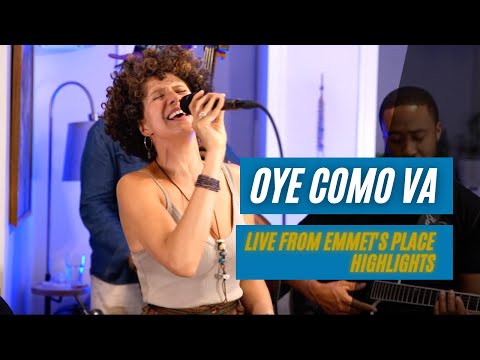 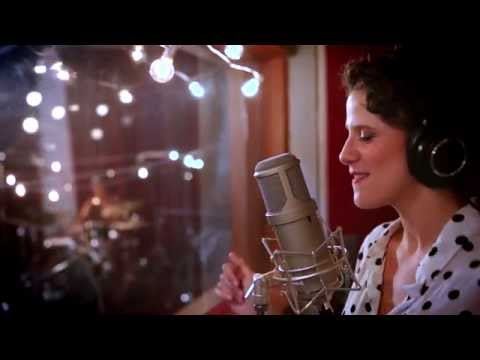 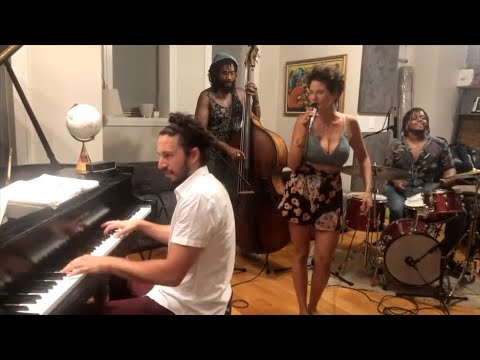