Emanuel "Manu" Domergue is a remarkable French singer, mellophone player, improviser and composer. He studied jazz, classical music and jazz singing at the conservatory in Valence, France. He also studied jazz singing in California (on a Fulbright scholarship). His group Raven was selected for a number of competitions, especially the Crest Jazz Vocal 2013 competition, where they won the first prize for both the jurors and the audience. Their first album Chercheur d'orage released in 2015 was awarded as "essential" by the French magazine JAZZ NEWS. He is an experienced and acclaimed teacher, working with professionals and amateurs. He has collaborated with artists such as Mônica Psaaos, Roy Hargrove, Magma, and the Carine Bonnefoy Orchestra. He is an experienced and acclaimed teacher (Centre Des Musiques Didier Lockwood, Paris), "When Domergue is not singing, he recites, playing the accompanying instruments as if he were a soloist, an equally coherent role from start to finish, a little crazy, eccentric and more than fascinating…" - Franck Bergerot - Jazzmagazine)

Admission: seating CZK 350, standing CZK 220. There is no need to reserve a seat when purchasing a seating ticket. 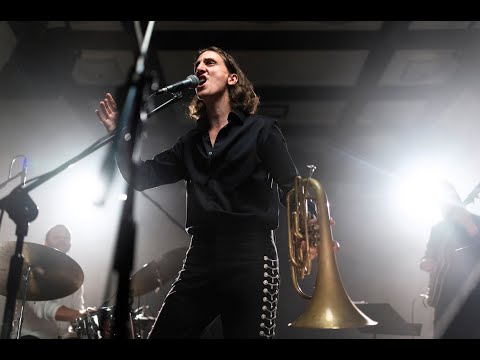