The Vilem Spilka Quartet presents a new album, Waiting for Tom, featuring eight originals by the band leader. The band members’ children served as inspiration for the songs. “Tom” is the six-year-old son of saxophonist Radek Zapadlo and lives with autism spectrum disorder. The bandleader explains: “The title song is about waiting for what Tom is going to become. If he wants to tell us something. If he wants to be a part of our world. Thanks to him, autism has become a source of inspiration, and since the causes of its origin have been shrouded in mystery, we try to portray the mysterious mood through most songs on the record.” This theme continues in the compositions “Left Foot” and “Nine Kittens.” “Interview” and “Jaromír Henderson” are tributes to two outstanding personalities of world jazz: Jaromír Honzák and Joe Henderson. Simple song forms are developed by a paraphrased folk song, “Oh son, son,” titled “Oh daughter, daughter,” through the deconstruction of the lullaby “Halí belí,” or the grotesque miniature “Little Fly” inspired by the children’s song “A Fly is Sitting on the Wall.” Waiting for Tom was recorded and mixed by Pavel Kunčar at the Orlí Studio in Brno, mastered by London-based Peter Beckmann at TechnologyWorks Studio and published on the Indies Happy Trails record label. The Vilem Spilka Quartet was founded in 2013, one of a number of joint musical ventures of guitarist Vilem Spilka and saxophonist Radek Zapadlo. The current band preserves their musical bond created through years of playing together and features their almost telepathic interplay while exploring new material written by Spilka. 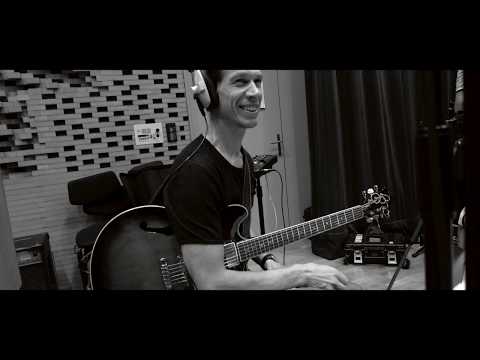